From addressing your immediate needs to helping you develop and implement long-term plans, our strategic enrollment consultants can help you successfully navigate the rapidly changing higher education environment and position your school for future success.

Here’s What Sets Us Apart 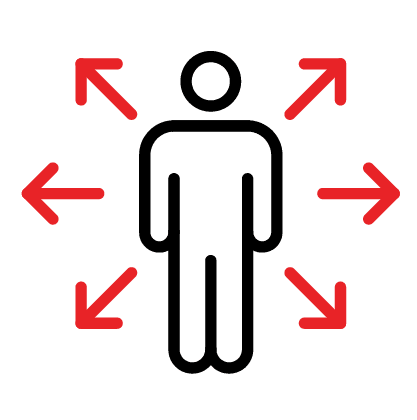 Short-term leadership
If your enrollment operation is currently in transition, we can provide you with an experienced interim leader while you search for a permanent leader. 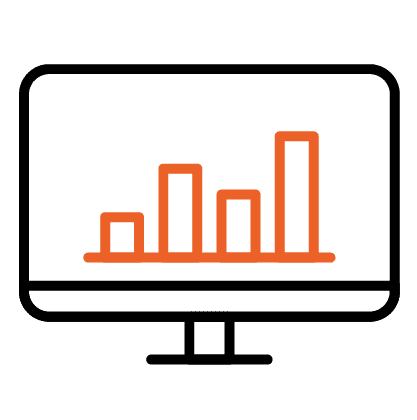 CRM data strategies
We’ll analyze your CRM data and help you transform it into actionable and effective strategies.

New market identification
We’ll assess your existing markets, and identify opportunities and strategies for expansion that align with your school’s goals. 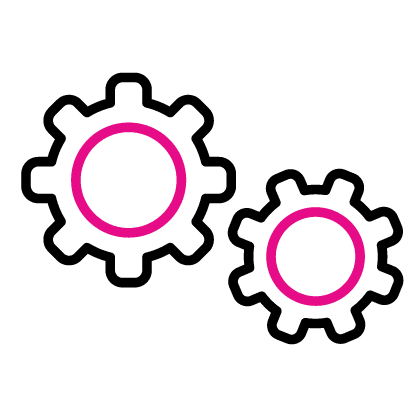 Vendor optimization
We’ll audit your vendor relationships, identify overlap, help determine the ROI you’re getting from each, and advise you on how to optimize your vendor budget. 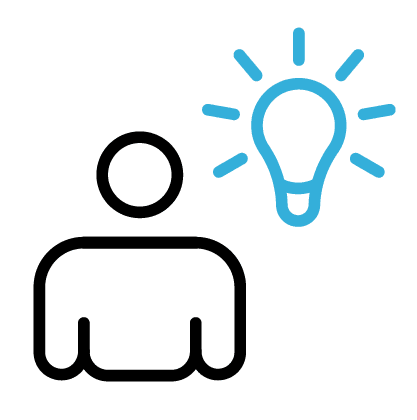 Coaching and mentoring
We’ll set your new leadership (and/or new hires) up for success by providing mentoring, ongoing guidance, and operational assistance to ensure they hit the ground running.

Board meeting preparation and reports
We’ll help you gather the right data for your board meetings, and put it into context with regard to industry trends. We’ll also assist you in preparing your reports and presentations so your message is effectively communicated. 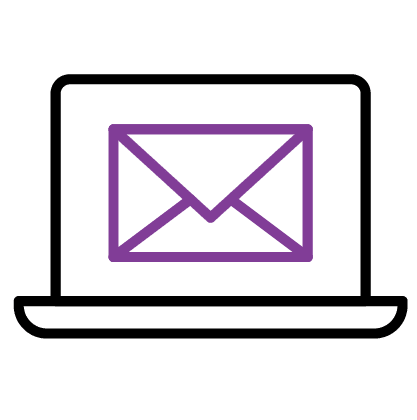 Funnel assessment
We’ll assess your student funnel for inefficiencies, responsiveness, and opportunities and then help you put those opportunities into practice.

Athletic recruiting
We’ll help facilitate and optimize the working relationship between your admissions office and your athletics department.

Among her many accomplishments at Meridian, Angela has increased early admissions rates by more than 40% in two years and established an organizational culture that’s responsive to students’ needs, yielding a student satisfaction rating over 98%. Plus, she’s integrated technology updates that enhanced performance objectives in the key service portals of admissions and assessment to efficiently progress students and accelerate admissions decisions.

Angela also has extensive knowledge and research experience in statewide articulation policy development and implementation. She works with other state and national leaders on college and career readiness.

Angela is available to consult on:

Bill has more than 30 years of leadership experience in the higher education field at multiple institutions. He’s served as Executive Director, Enrollment Management at Vanderbilt University; Vice President for Enrollment, Communication, & Marketing at Ohio Wesleyan University, and Dean of Admission at Butler University. Bill is currently the Associate Head of School and Dean of Enrollment Management & External Affairs at Brentwood Academy in Brentwood, Tennessee.

For the past five years, Bill has team-taught a Master’s course in Advanced Enrollment Management with enrollment leader Doug Christiansen, Vice Provost for University Enrollment Affairs, at the Peabody College of Education and Human Development at Vanderbilt University.

Bill is available to consult on:

Deb served as the Dean of Admission at Smith College from 1995 to 2018; during her 38-year career, she has also worked in admissions at Alfred University, Colgate University, and College of the Holy Cross. She has been called “one of the icons” of the admissions profession.

A frequent speaker at NACAC, The College Board, and regional ACACs, she’s built a national reputation as a dynamic and humorous speaker on topics including the power of women’s colleges and the role of parents in the college admission process.

Deb has served as a director of the Advanced Secondary School Counselor Institute; a member of the NEACAC nominating committee; a faculty member of the Fitzwilliam Emerging Leaders Conference; and a member of the UWC-USA National Selection Committee. She currently serves on the Executive Advisory Board of Meto-Intl, a non-profit organization that works to increase access to higher education for talented international students, specifically in developing countries.

Deb is available to consult on:

As Director of Admission at Williams, Dick developed a consistent and transparent reading/evaluation and selection process, designed to achieve institutional goals while adhering to guidelines determined by Supreme Court rulings. He has experience with both traditional and Committee Based Evaluation (CBE) processes.

While at Williams, Dick also created strategies to attract high-achieving, low-income students, resulting in a substantial increase in socio-economic diversity at the college, with a particular emphasis on first-generation college students and veterans.

Dick has extensive experience in the realm of athletics at highly selective colleges, having developed a system of checks and balances to promote both academic and athletic excellence at Williams. He also helped establish a conference-wide system of reporting and accountability among the members of the New England Small College Athletic Conference (NESCAC).

Dick is available to consult on:

Jeff currently oversees strategy, data management, as well as reporting and analytics for 65-plus clients, including the College of William and Mary, Hamilton College, Seattle University, Southern Methodist University, and Whitworth University.

Prior to joining Fire Engine RED in 2014, Jeff spent 20-plus years in admissions and enrollment. He served as the Dean of Admissions & Financial Aid at St. Olaf College, where he led all aspects of enrollment management. In addition, he served as the Interim Dean of Admissions and Financial Aid at Antioch College, and as an enrollment consultant for over 20 institutions, including Butler University, the College of the Atlantic, Millsaps College, Northwestern University, and the University of Chicago.

Jeff is available to consult on:

Kristine has more than 25 years of experience in financial aid.

While Kristine was at Butler University, Kristine helped develop strategies for using financial aid to influence the size and shape of the freshman class, which contributed to the substantial growth in enrollment at Butler between 1997 and 2006. She also established fiscally responsible guidelines for academic deans, athletics, and other campus departments to use when awarding scholarships, and developed an office vision statement to reflect the role of financial aid in enrollment management. She served as a Financial Aid Administrator at Purdue University from 1990 to 1993.

Kristine is currently the chair for the NCAA Division I Degree Completion Committee. She has also served on national and regional councils for The College Board, and has presented at numerous professional conferences.

Kristine is available to consult on:

Leo’s career in higher education has spanned more than 40 years. He spent the past 34 years at Texas Christian University (TCU), most recently as Associate Provost for Academic Support. He also served as Director of Scholarships and Financial Aid and Dean of Undergraduate Admission at TCU.

Leo is available to consult on:

In addition, Linda has worked as an admissions and enrollment consultant for more than two decades. Her clients have included a variety of public and private colleges and universities (both undergraduate and graduate), professional schools, and education service providers.

She’s also held leadership roles for several professional organizations, including the NACAC, AACRAO, and The College Board (national and regional).

Linda is available to consult on:

Martha is the rare professional who’s served in both admissions and advancement.

She also held the position of Acting Executive Director of the Alumni Association, having served the prior five years as Director, and then Senior Director of Alumni Programs. She finished her career at the College in the Advancement Office where she served for three years, most recently as Executive Director of Leadership Gifts and Campaign Director.

Prior to her tenure at Connecticut College, Martha served as Advertising Manager of the Scudder Funds at Scudder, Stevens & Clark in Boston, Massachusetts.

Martha served two terms as the Chair of the NESCAC Deans of Admission Committee and a five-year term on the Board of Directors of the Common Application, where she served as President.

A frequent contributor to The New York Times’ “Choice” blog, Martha shared advice with students and parents ranging from managing waitlist decisions to the role of parents in the admission process through various media outlets. She has presented at numerous conferences on topics ranging from “International Diversity on Campus: Is it Worth the Cost?” to “Effectively Counseling the College Essay.”

Martha is available to consult on:

Mike has also served as a member of the ECIS Committee for Europe, Middle East, and Africa, and chair of the ECIS Americas Committee; president of PACAC and a faculty member of the PACAC’s Bucknell Summer Institute; a member at large of ETS’s TOEFL Board; a board member for The Common Application; a reader for the ETS College Scholarship Service Sponsored Scholarship Program; and co-chair of the NACAC National Task Force on Technology in Admission and Counseling.

Mike also helps to organize and lead the Fitzwilliam Conference, an annual gathering of secondary school and college admission deans and directors, as well as the Fitzwilliam Emerging Leaders Conference, a similar conference that helps develop and encourage young leaders in the profession.

Mike is a frequent presenter at PACAC, NACAC, The College Board, ECIS, CIS, and CASE Conferences. He has also worked as a consultant on college and university admission operations, and is a regular international traveler.

Mike is available to consult on:

Randy has more than 40 years of experience in admissions and enrollment. Most recently, Randy served as the Senior Vice President of Enrollment and Student Success at Cleveland State University and has held senior positions at the following institutions:

Long-recognized as a thought leader, Randy has made many media appearances and has been a frequent speaker at industry conferences. He’s also served on numerous committees, and has been published extensively on policies and emerging trends in higher education.

Randy is available to serve as an interim enrollment leader.

In addition, he is available to consult on: 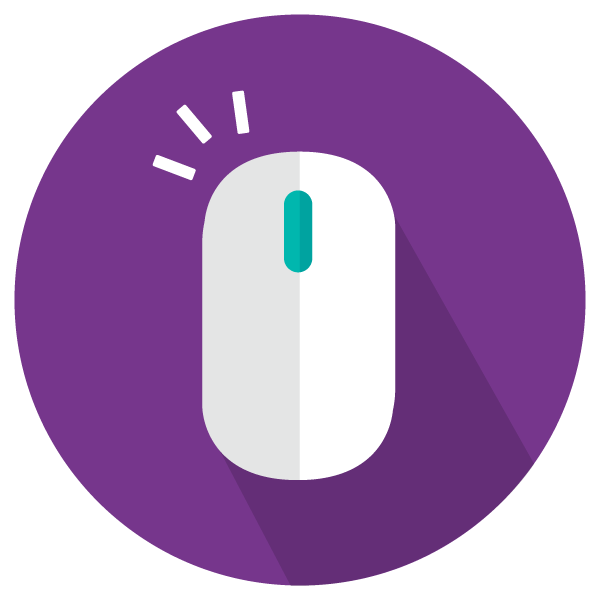 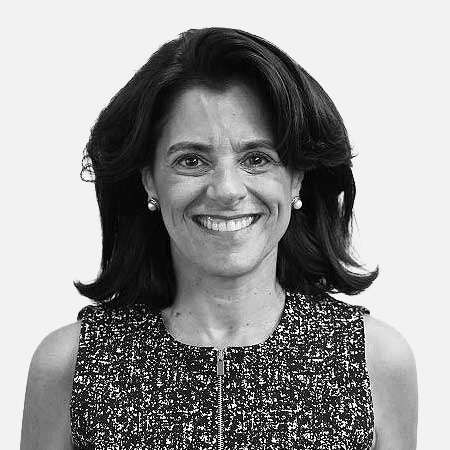 Education
University of North Carolina at Chapel Hill, B.A.; The Columbus School of Law at The Catholic University of America, J.D.